In August 2022 (at SABR 50) I had the extreme pleasure to take part in a panel devoted to Curt Flood and his fight for free agency.  The panel was hosted by Shakeia Taylor, and I joined Brad Snyder, who wrote the definitive book on Flood and his lawsuit, and Judy Pace Flood (Curt's widow). You can read a recap or listen to excerpts here.

In 2018 I had the thrill of taking part in a panel celebrating Jim Bouton and his classic book Ball Four. I have written extensively about Bouton, and his all-time favorite book, and also wrote a recap of this panel.​ Left to right: Marty Appel, Mitch Nathanson, Mark Armour, Jim Bouton, Paula Kurmann (Jim's wife), and moderator John Thorn. You can listen to the audio here. 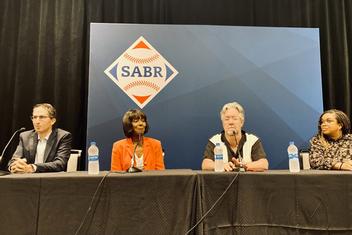 I have presented ​at several SABR conferences on a wide variety of topics. 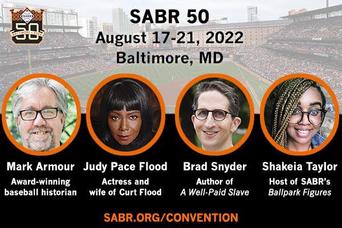 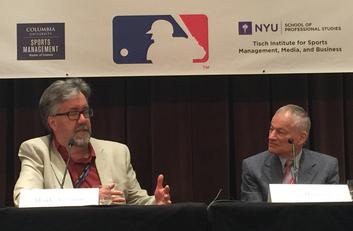 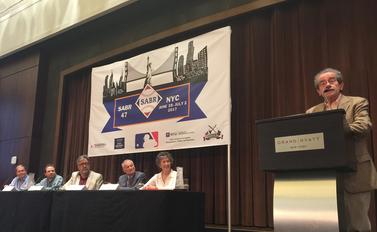